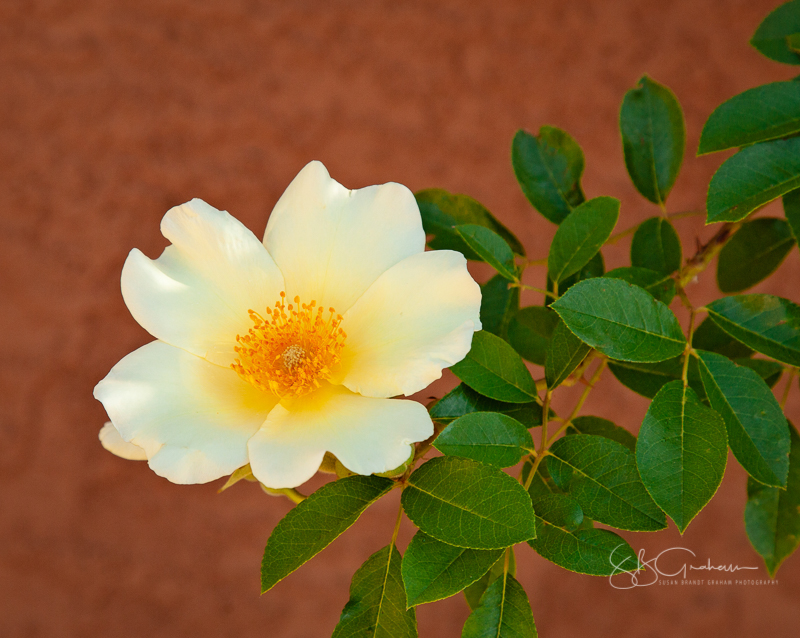 New Mexico Roses: a change is definitely coming to the High Southwest Desert this weekend. The first cold front of the season is arriving in New Mexico, with unseasonably low temperatures and snow in some areas. This is a little early. The cold will not last long. But if the temperatures drop low enough, most of the roses will be close to the end for 2018. In this time of change, I offer a look back at some of the roses growing in New Mexico gardens, some mine and some of friends. All of these were photographed out of doors, as growing, in natural light. I groomed some of those in my garden. I did not groom roses growing elsewhere. You would not find those entered in a rose show. “It’s not what you look at, it’s what you see.” I saw beauty in all of these.

From the Garden of Friends

Change is on its way. I hope you have enjoyed a stroll through some New Mexico gardens with their roses. I have certainly enjoyed sharing them with you.

Family Genealogy, on the 100th Anniversary of My Father’s Birth

Family genealogy, if allowed, can become an all-consuming hobby. I did not go looking for it. Sometimes things just appear, and you follow your interests. I knew very little about either side of my family until I did a DNA test last December. How that all unwinds is a different story. I had many relatives in Texas; that was not a secret. A big surprise was that my direct lineal ancestors all arrived in Texas, and earlier rather than later. My son and I have been working on our family tree, first concentrating on Texas, because “it’s sorta manageable.” A great aid is the Texas State Genealogical Society, with its Heritage Certificates. Brandt, of course, has the same certificates with his name.

Yesterday, the last of the Heritage Certificates for my father’s side arrived. Although we are still working on my mother’s side, that side is more straightforward. Today is the 100th Anniversary of my father’s birth. My son and I believe we finally understand a part of my father’s line in Texas (just the line; not necessarily individual people). We also believe he and his sister left us hints along the way. One was on my father’s Death Certificate, which I had not read this until this summer. Another was a gift from my aunt when I graduated from medical school: a pair of earrings marked “Charlotte Spencer McKaughan.” I knew nothing about her, but loved the earrings so much they now need a little repair.

The Republic of Texas Days, Prior to Statehood on 19 Feb 1846

The first person in any of my direct lines to arrive in Texas:

William Benjamin McKaughan arrived in the Republic of Texas as a 19-year-old in May of 1837. The McKaughans had immigrated from Antrim, Northern Ireland, in the 1700’s, settling at first in Pennsylvania. They soon moved westward, into Kentucky and Tennessee. William B. was born in Tennessee, and to the best of my knowledge was the first of his family to go to Texas. He immediately claimed a 640 acre Headright land grant in May of 1837. He was smart. In October of that year the grant would be halved, to 320 acres for a single man. In the summer of 1838 he served as a guard of some type for a county sheriff, for which he was paid $1.25/day. Then, he served in what were in reality very fluid militia companies guarding the frontier, which later evolved into an arm of state law enforcement. These were not the days of badges and uniforms; all able-bodied men were expected to serve, to provide their own horse, weapons and other gear, etc. When the Republic had money, these men were paid $1.25/day, nothing extra for horses and so forth. (We saw that one of our ancestors in the Battle of New Orleans was paid more for use of his horse and its upkeep than he was paid for his service.)