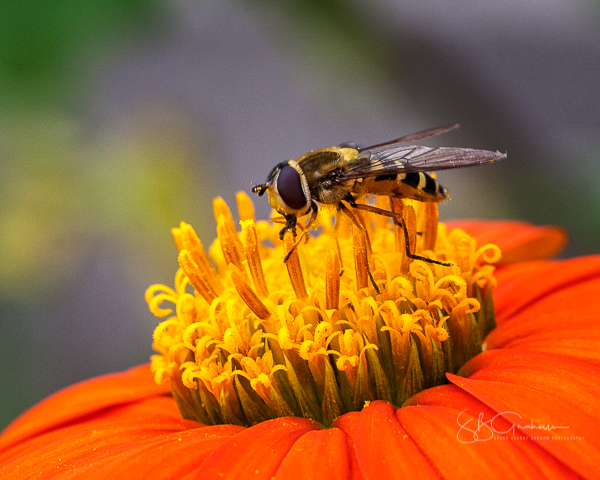 Sunday Musings: return to Standard Time, Marigold Parades past, the fascinating world of insects… First of all, today marks the return to Standard Time in the US. Although it is not quite so awful now that I am retired, I remember the long winter months of driving home in the dark at 5:00pm. Because daylight hours are already shorter, the long nights seem even longer. Regular readers here know I am a lover of light. So, the fall time change is not something I welcome. People ask why the Winter Solstice is not my least favorite day of the year. That is simple: the next day, the hours of daylight start to increase. But, enough of that…

More Sunday musings: Albuquerque’s Marigold Parade tends to fall on the same day as the change to Standard Time. Now there is more than a bit of brightness. The South Valley has managed, so far, to keep it as its own. While some photographers focus on the wonderfully painted faces, I have always found the cultural statements especially fascinating. To me, the 2012 and 2013 parades were especially vibrant and creative. In contrast, the overall political mood just before the 2016 election dampened, in my opinion, the Marigold Parade. I have not publicly shown any of my images from last year. Here are a few “postcards” from previous Marigold Parades. To see large views, first click on the image. Then, on the new page, click on the dimensions shown, and you will see a detailed image.

Ofrenda (“altar”) at the West Side Community Center. I especially love the Sandia Casino bingo marker!

In the park before the start of the parade:

I think every New Mexico parade has lowriders – “low and slow for show.” The Marigold Parade certainly features them.

Kids and Families Are Active Participants

I did a series of Kindle ebooks about Albuquerque’s Marigold Parade and Dia de los Muertos obsrvances. These are at Amazon:

The Joys of Macro Photography

Another Sunday musings macro photography is fun. This summer I worked a bit more with macro photography. I have a few images that surprised me. You have already seen the hover fly. Although I did not know what it was at the time, I was pleased with the image from the time I first saw it on the computer. In real life, I could not tell what was going on. For all intents and purposes, it appeared the insect was making love to the flower. I took around 20 images, and this is the only one that clearly shows what was going on. The hover fly was gathering nectar from a tubule of the Mexican Sunflower. It was stabilizing the tubule with its front appendages, and drinking the nectar through its specialized “suctorial proboscis.”

We’re happy also! We love the detail! This photo has been selected as #CanonFavPic

This image has definitely been added to my portfolio.

Enough musing, time to get to work. I hope you are enjoying your weekend, and that we all get through winter and standard time without too much major depression. 😐