2016 Insight New Mexico, organized by LeRoy Perea and held in the Fine Arts Building at EXPO-NM, starts the 2016 photography show year for me. This is a juried show for women photographers in New Mexico. The Opening Reception will be held on Saturday, April 2, and then will be open to the public from April 3 through April 24, 10:00 am – 5:00 pm, daily except closed Mondays. All exhibited images will be available for purchase.

I would like to thank the jurors for including the two images I submitted for the show, “My Fate, by Choice” and “I Choose Both, Free as a Bird,” both from the “Persephone’s Choice: Every Woman’s Dilemma” series.

I would like, once again, to thank Jim Stallings for introducing me to such a compelling myth which served as the inspiration for “Persephone’s Choice: Every Woman’s Dilemma,” the series from which these two images come, and Kelly Angerosa, who provided both beauty and substance in the role of Persephone.

More images from the series may be seen in this Slideshow. They are also available in a Kindle e-book at Amazon.

I hope friends who are in the Albuquerque area in April will try to visit the show. 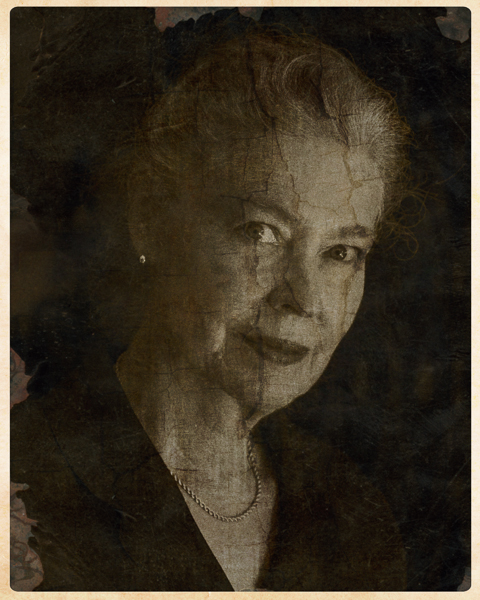 Revealing One’s Self: An Inherent Dilemma for a Photographer

Revealing one’s self through photography has both good points and bad points. But doing it is inherent in the process of creating an image. How much is one willing to reveal? The degree to which a photographer is willing to do that may be what distinguishes a creative image from a snapshot.

“There are always two people in every picture: the photographer and the viewer.” — Ansel Adams

“No man has the right to dictate what other men should perceive, create or produce, but all should be encouraged to reveal themselves, their perceptions and emotions, and to build confidence in the creative spirit.” — Ansel Adams

A self portrait may, but not necessarily, be the most revealing of all. I created this image when I was beginning to feel better, well enough to actually make images. My family and many of my friends were horrified. Only my artist friends (painters, writers, other photographers) were not. It was an honest image, revealing one’s self, and I will admit that even I was a little surprised that this is what I produced.

I would like to thank Stephen Perloff, editor of The Photo Review, for selecting this image from the 2014 Competition to appear in the online gallery,”Women’s Lives.”

Almost exactly one year to the date later I created an image very different in appearance at first glance, “The Observer/The Observed.”

“Simply look with perceptive eyes at the world about you, and trust to your own reactions and convictions. Ask yourself: “Does this subject move me to feel, think and dream? Can I visualize a print – my own personal statement of what I feel and want to convey – from the subject before me?” — Ansel Adams

I created this image at a time of different turmoil in my life. The Crow as symbol and in myth is a powerful creature around the world, but nowhere more so than in the Southwest. Crow is a Messenger who moves between Worlds; a Trickster who can steal Light from the Sky (the Sun) and bring it to people who need it; and an astute Observer. In early January I was out photographing a cloud bank rolling over the Sandia Mountains, with a storm predicted to follow it. Suddenly, some raucous crows appeared, seemingly out of nowhere, and they left as quickly as they came. This one crow, however, stayed behind, briefly, and seemed to pose for this one image, almost as a gift.

I did not intend to show this anywhere. It was personal, heavily edited, and reflected my mood at the time. In its own way, it was revealing one’s self. But, after friend, fellow anthropologist, and writer Jim Stallings wrote a short poem,

as a gift to me and my family, I began to consider showing the image. It can be seen through April 26 at the Fine Arts Building at EXPO NM as part of InSight New Mexico, a photography show by New Mexico women photographers.

Neither of these two images are what I think of as “typical” of my work, although it seems more of my work these days is following in the vein of these two. It is not by purposeful intention. It may simply be that at this stage in my life I have become more introspective and don’t mind so much if the world sees that. Revealing one’s self is perhaps becoming more comfortable as I age.

‘Through Her Eyes’ is the theme of the 2015 Insight New Mexico Photography Show. All of the exhibitors are women photographers who live in New Mexico. The theme is perfect for this particular show.

The timing worked out especially well for me. My two images in this show, “The Observer/The Observed” and “The Postcard Series – Amaryllis” were created by me for me, after I returned from Texas to be with my son when he was in the hospital. They reflect my thoughts in January, at a time when I was lost in my own thoughts. They are the images not only through the eyes of a woman of New Mexico, but also of a mother. I did not intend to show them anywhere. They were personal, especially “The Observer/The Observed,” which was heavily edited and reflected my mood at the time.

But, after friend, fellow anthropologist, and writer Jim Stallings wrote a short poem, “Spontaneous Poem from a Treetop Crow” as a gift to me and my family, I began to consider showing the image.

The deadline for entry into Insight New Mexico 2015 was rapidly approaching and I thought, well, why not. I am very happy to have both images in this show, and honored that the jurors chose them. This is always a fun show (the brainchild of LeRoy Perea, which happens because of the hard work of his Insight committee members!), but this year’s show, “Through Her Eyes,” has special meaning to me.

I hope to see many of you from the Albuquerque area there. 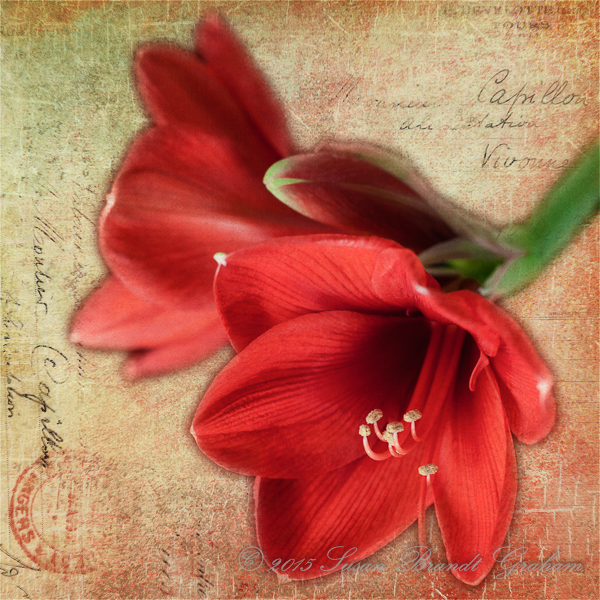 2015 Insight New Mexico: Through Her Eyes

Insight New Mexico has become the premier photography exhibition for New Mexico women photographers. Organized by LeRoy Perea, Insight is an outgrowth of the popular ANMPAS (Annual New Mexico Photographic Art Show), held in December. Both are juried shows, and it is always an honor to have images selected for showing in either one.

The theme of this year’s show is Through Her Eyes. From the press release:

“Through Her Eyes” the 2015 InSight exhibit opening April 5, 2015, at Expo New Mexico showcases the work of women photographers of New Mexico. It was juried by nationally respected women photographers: Jennifer Hudson, Linda Ingraham, Margot Geist and Phyllis Burchett. The show includes more than 125 images, representing the work of 61 emerging and professional women photographers residing in the state. You will see an array of diverse subjects, themes, and unique processes, and every image is available for purchase.

I am very happy that my two images were selected for inclusion in 2015 Insight New Mexico, a show which is always fun. This year’s theme, Through Her Eyes, spoke to me. “The Observer, The Observed” was photographed and processed after I returned from Texas to be with my son. The amaryllis in “Postcard Series – Amaryllis” was photographed last year, but the processing of this image was also done after I returned from being with my son. Although rather different at first glance, the underlying theme of each is life transitions, with moments of beauty and of insight, and layers of meaning.

The Crow as symbol and in myth is a powerful creature around the world, but nowhere more so than in the Southwest. Crow is a Messenger who moves between Worlds; a Trickster who can steal Light from the Sky (the Sun) and bring it to people who need it; and an astute Observer. In early January I was out photographing a cloud bank rolling over the Sandia Mountains, with a storm predicted to follow it. Suddenly, some raucous crows appeared, seemingly out of nowhere, and they left as quickly as they came. This one crow, however, stayed behind, briefly, and seemed to pose for this one image, almost as a gift.
This image will be available as a Fine Art Giclée Canvas Print.

Amaryllis – bringing life, colorful life, indoors in the winter. These flowers hold the promise of spring, while being beautiful in the present. Postcards – old postcards, saved postcards, speak to memories of the past. Past travels? Past good times with old friends? Memories of things that made us who we are? The Postcard series combines memories of the past with beauty of the present. But, beautiful flowers do not last forever. What of the future? That is for the viewer to determine…
This image will be available as a Fine Art Giclée Bamboo Watercolor Print.

The exhibit will be held in the Fine Arts Building at Expo New Mexico (the New Mexico State Fairgrounds) from April 5th through April 26th. Hours are Tuesday through Sunday (closed on Mondays) from 10:00 a.m. until 5:00 p.m. The cost to see the exhibit is free.

I hope to see my friends from the Albuquerque area there.