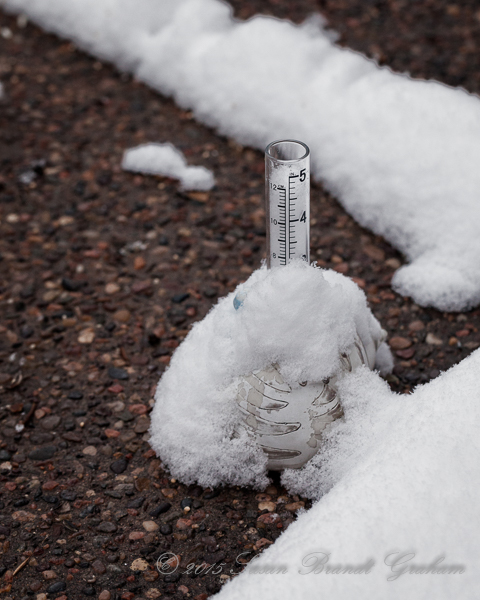 Snow rarely falls in Albuquerque as often as it is forecast, especially in these drought years. While I certainly do not want as much all at one time as we received in December of 2006 (22 inches in my yard), this morning when I awakened to five inches (12.5 centimeters) of the beautiful white stuff in my yard, I was very happy! I do not yet know the snowfall amounts for the surrounding mountains, but I hope they are significant.

Wind must not have been significant as the snow was falling. There must have been some wind later, though, because the accumulation on trees is not much this morning.

The white stuff can enhance the appearance of the ubiquitous block walls and stucco found in Albuquerque.

Even the gates seem enhanced this morning.

One really good thing is that the streets were warm enough that most seem clear, at least in my neighborhood, this morning.
(eta: FB friends are telling me the streets in some parts of town were terrible, at least earlier this morning!)

The snowfall overnight was really nice to wake up to this morning.