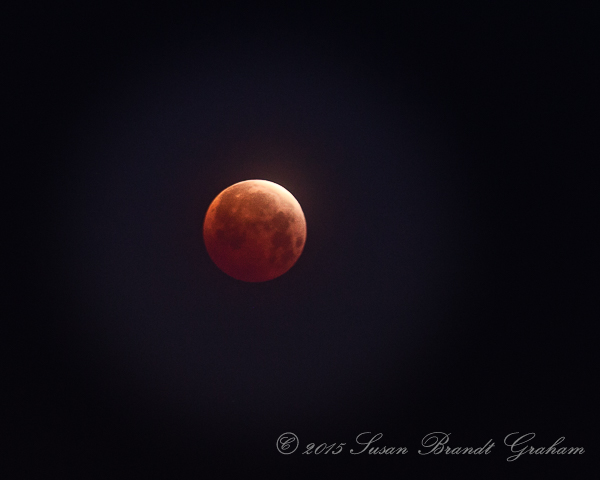 Blood red moon is an interesting phenomenon that can occur during a total lunar eclipse. Such an eclipse occurred early this morning, April 4, and was visible in Albuquerque.

I had set out my tripod and gotten my camera ready before I went to bed last night, but did not set the alarm. I’m generally awake quite early. Today I did not awaken until 5:20 am, but that actually turned out to be okay.

The totality of this eclipse was short, less than five minutes. By contrast, the length of another total eclipse coming up in September is predicted to be roughly one hour and twelve minutes. That one will not be visible where I live, unfortunately.

However, I did get to see this one on April 4, which made me very happy. An auspicious beginning to this day…